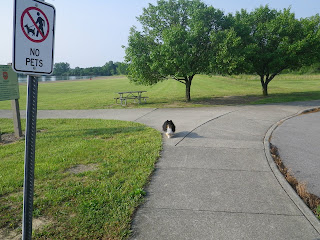 Ricky
Posted by Chris and Ricky at 8:48 AM 9 comments: 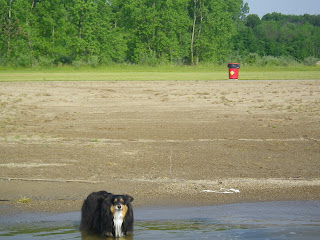 With a kitty-litter beach and much murkier water also much closer to home! Mom and dad took me to another beach yesterday. I had been there before but I love it! I really really wanted to swim (or walk) out to dad who was standing in the water, but I just couldn't make myself go any farther. Mom was relieved to see I did not actually go through with my plan to rub myself off on the "sand".

Hope you all are having a wonderful "start to the summer" weekend!

Ricky
Posted by Chris and Ricky at 9:07 AM 9 comments:

It would've been a nice video without the talking! Haha!

Ricky
Posted by Chris and Ricky at 8:44 AM 9 comments:

A Trip to the Big Lake!

On Tuesday we all got into the car early in the morning and drove to the biggest lake I have ever seen! I wasn't sure what we were doing, but after 2 1/2 hours in the car, I was ready for action! Plus I was over-the-top excited because dad was with us!! I can't hear mom talk at all when DAD is around! :)

I found out we were there to test out a kayak that dad wanted to buy. Here is the beach - check out the big rocks - you'll see me out on them later. 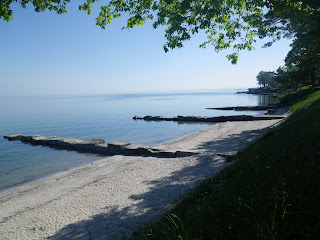 The sign said no pets allowed on the beach, but I am a Sheltie! 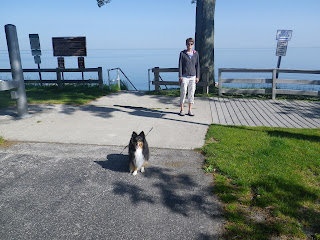 Dad had the boat and was heading out into the enormous lake! I wanted to swim after him, but I don't like swimming so I barked a lot instead. 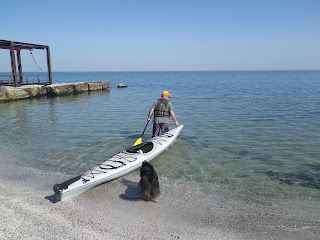 There are the rocks - in the last picture I am clear out on the third to the last one - mom almost had a heart attack because I just went running right out there not concerned at all about the big gaps between the rocks. 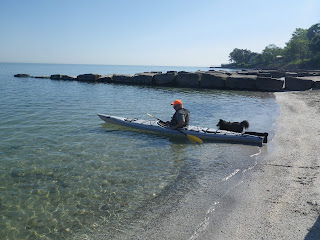 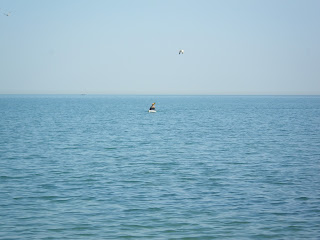 We were surprised at how clear the water was. 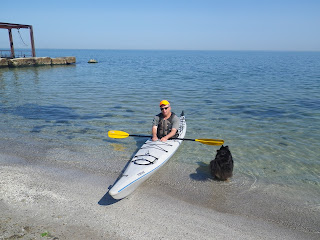 Trying to get as close as possible without getting wet - mom was calling my name, I think, so I would look at  her, but I couldn't take my eyes off DAD! 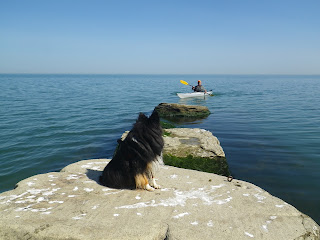 I had a blast on the beach. Sadly we did not stay very long and soon I was back in the car for the long ride home. We got the kayak though! Dad is super happy!

The annual "make me pose with the irises" photo. 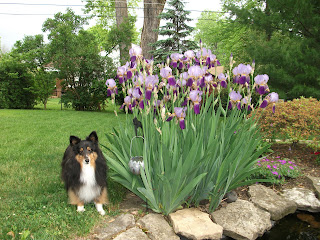 sunday may sixTh, TwenTy Twelve - haha! Sometimes you just have to post something when the inspiration hits you. I can't wait for Tuesday or Thursday!

We got this idea from our friend Honey the Papillion again. She learns so many cool and clever tricks. Check her out on YouTube some day.

The trick is picking up the cup from the correct side. :) 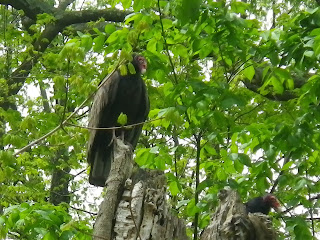 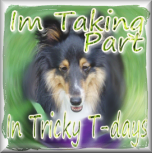 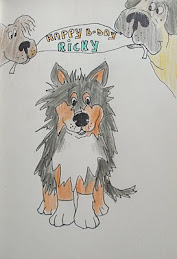